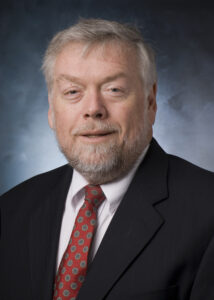 Pat was a modest individual who, as a leading professional in the behavioral health field, had a profound impact on the many communities to which he dedicated his life, including Cincinnati, Chillicothe, Lawrenceburg, Indiana, and Newfoundland, Canada.  With five decades of faithful service his commitment and compassion have changed the lives of thousands of individuals and inspired others in their own service to those experiencing mental illness and addiction.  Pat was a friend to many, and his integrity, honesty, thoughtfulness, collaborative nature, and wise counsel will be truly missed.

Pat came to the Hamilton County Mental Health Board as President and CEO in 1997 with a strong conviction to community-based services.  His tenure included the development of numerous innovative initiatives designed to ensure that those impacted by mental illness and addiction could live fulfilling lives within their communities.  It was under Pat’s leadership that the Mental Health Board and the Alcohol and Drug Addiction Services Board dissolved and re-emerged as the combined and current Mental Health and Recovery Services Board.  Pat’s many awards and recognitions are too numerous to list as his accomplishments were so very many.

Because of Pat’s private nature, many do not know his many pursuits outside of his professional commitments.  Pat had a love for the outdoors and an inquisitive nature about him.  He spent much time on the Ohio River and kept a farm where he grew a large variety of produce that he would share with friends and co-workers. He was particularly proud of his abundant corn and tomato crops. Pat canned fruit preserves, made pickles and sauerkraut, and baked his own bread. He also enjoyed and was quite adept at restoration projects, including two turn-of-the-century homes in Chillicothe, a log cabin in Higginsport, and a covered bridge on his farm.

In his younger years, Pat served as bass guitarist and teenage heartthrob in several rock bands during his tenure at St. Xavier high school (Class of ‘67). Pat completed his bachelor’s degree from the University of Cincinnati and traveled to Canada for his master’s at Memorial University in St. John’s Newfoundland. He loved to regale his family with stories of surviving Canadian winters in a one room cabin with only a wood-fired stove and his dog, King, to keep him warm.

Pat was preceded in death by his wife of 37 years, Marilyn, his parents Ginny and Paul, and his brother Geoff. Pat is survived by his daughter, Jessica (Adam Little), brothers Kevin (Peggy Hunter) and Gerry (Barbara), and sister-in-law, Sue Tribbe. Pat was also a devoted caretaker to many canine companions over the years, including his last dog, Luna.

Continuing his unwavering commitment to community health services, Pat requested that donations be made to the Recovery Center of Hamilton County in lieu of flowers.

Reach out and touch base with us